As IACM opens up its nominations for its 2023 conference award winners, we also wish to look back and once again honor those that received awards at IACM 2022 in Ottawa, Canada.

Our 2022 Rubin Theory-to-Practice Award Winner, Deborah Kolb, gave a truly memorable and inspirational speech. IACM would like to share this speech with you, which can be read at our website by clicking here or watched via our YouTube channel.

IACM’s Early Career Award honors scholars in the first five years of their post-doctoral career, who have shown exceptional promise for making significant contributions to the study of conflict and negotiation.  This year, the award goes to Jackson Lu (MIT) and Julian Zlatev (HBS).  Both Jackson and Julian have done exceptionally important work. You can read more about Jackson and Julian here.

The International Association for Conflict Management honors the author of an outstanding book that advances conflict management and negotiation theory and practice. Award winning books make impactful contributions to theory, research, or practice — or at the nexus of these categories

The International Association for Conflict Management honors the author(s) of a published article or book chapter that significantly advances the study of conflict management and negotiation.

Negotiation and Conflict Management Research presents the Article of the Year award to Tim M. Stevens, Noelle Arts, and Art Dewulf for their paper titled, “Using Emotions to Frame Issues and Identities in Conflict: Farmer Movements on Social Media.”

Abstract: Polarization and group formation processes on social media networks have received ample academic attention, but few studies have looked into the discursive interactions on social media through which intergroup conflicts develop. In this comparative case study, we analyzed two social media conflicts between farmers and animal right advocates to understand how conflicts establish, escalate, and return dormant through issue and identity framing and the discursive use of emotions. The results show that the two groups used the same set of frames throughout the three phases. We identify this as a symmetric conflict framing repertoire. The groups both use a dominant moral frame (animal welfare is of absolute value), but express distinct views on policy solutions. This triggers a contestation of credibility (who knows best and who cares most for animals) in which the two groups use the same set of issue and identity frames to directly oppose each other. The binary opposition is initially established through issue framing but escalates into an identity conflict that involves group labeling and blaming. The discursive use of emotion reinforces this escalation in two ways. First, it reinforces a vicious cycle in the contestation of credibility: While emotions are implicitly used to frame oneself as caring and trustworthy, emotion is explicitly used to frame the other party as deceptive and irrational. Second, disputants use collective emotions as a response to the other group’s offensive actions (blaming) and as a justification of one’s own collective actions. We discuss how this conflict differs from previously studied conflicts to provide plausible explanations for these findings.

All articles published in NCMR are Open Access Diamond and may be read and downloaded for free. 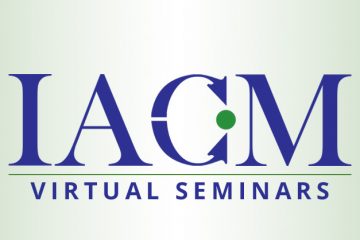 VSS: “Thanks for Everything: Three Examinations of Gratitude at Work”

IACM Virtual Seminar Speaker:  A Monthly Series on Conflict and Negotiation Research Thanks for Everything: Three Examinations of Gratitude at Work Click Here to Register for the Session   Professor Ryan Fehr, University of Washington, Read more…

IACM VSS: How to Stay Smart in a Smart World – A conversation with Gerd Gigerenzer

IACM Virtual Seminar Speaker:  A Monthly Series on Conflict and Negotiation Research How to Stay Smart in a Smart World – A Conversation with Gerd Gigerenzer  Click Here to Register for the Session Prof. Dr. Read more…