‘Don’t break down into pairs, and I won’t assign you roles’: Experiential learning methods beyond role-play and simulation

‘Don’t break down into pairs, and I won’t assign you roles’: Experiential learning methods beyond role-play and simulation 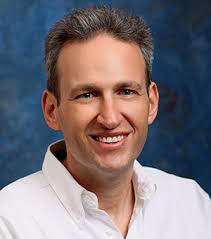 I’ve just attended yet another conference at which the discussion of experiential learning in negotiation began, and ended, with role-play. No, it was not IACM – but it could have been, spurring my choice of topic for this article.

Lest I be misunderstood (or stoned for heresy): I always use simulations in my negotiation and conflict courses. However, I currently do so less than I have in the past. As my teaching has developed over the years, I’ve discovered other experiential methods that complement and supplement simulation and provide the classroom with a wider range of learning opportunities than any one tool can provide.

In this article I will share six learning methods – each with experiential aspects and the potential to serve as theory-to-practice conduits –  which do not involve conducting simulations. While I’ve done my best to describe each pithily and practically, these are far from being gimmicky training activities; each method’s description links to literature detailing its pedagogical foundations and best practices for its implementation.

Stone Soup Assignments: In this form of learning, students conduct interviews with real-world participants in negotiation and conflict – professional practitioners or lay parties. The students’ experience and insights then form the basis for a report, paper, or class discussion. The Stone Soup Project, spearheaded by John Lande, has established a website providing guides to conducting such exercises (including interview guidance for students, lists of questions, suitable topics, follow-on assignments for assessment, and much more) as well as reports from teachers who have integrated the method into their courses.

Novel Negotiation: Rebecca Hollander-Blumoff (2017) has suggested that assigning students to read general, fictional, non-negotiation literature can provide a vehicle for generating negotiation insights. In discussing three novels, she illustrates three very different learning mechanisms that can be harnessed through assigning students to engage with such material. One, applied to Donna Tartt’s The Goldfinch, involves analyzing a direct discussion by the author, or a conversation between characters, regarding negotiation. A second, demonstrated through Kate Atkinson’s Life After Life uncovers, more obliquely, an overall negotiation truism through discussing the book’s main themes. A third mechanism exemplified by All the Light We Cannot See by Anthony Doerr, draws readers into a process of self-exploration as they read, posing them a solitary experiential interaction with a negotiation concept. Along the same pedagogical vein, David Matz (2017) has offered a further range of direct and oblique exercises involving literature for teaching negotiation. A direct application of literature to negotiation study involves asking students to read book-length depictions of real-life negotiations, such as Lawrence Wright’s Thirteen Days in September describing the 1978 negotiations between Israel and Egypt at Camp David; the experience of reading such a book is very different than being told a negotiation story or reading a short case study. Other assignments are less direct, such as assigning works that depict, in great detail, the inner machinations of the protagonist’s mind as they make their decisions and go about their actions; examples include Albert Camus’ The Stranger and Arthur Miller’s Death of a Salesman. Students contrast the character’s inner voice with their external expressions, and bring their insights to bear on their own experiences with inner and outer voices, eventually veering towards negotiation experiences.  Finally, a literary task of a very different nature involves assigning students to compose negotiation fiction themselves – harnessing the power of creativity to enhance learning.

Aesthetics, Art, Movement (and More): Negotiation courses tend to focus on cognitive processes, and break down behavioral and emotional elements and variables through cognitive discussion. Michelle LeBaron and Nadja Alexander (2017) suggest methods for teaching and practicing negotiation in ways that sidestep or transcend traditional cognitive pathways even as they enhance them, through a variety of sensory and kinesthetic exercises (see an early draft of their work, here). One example might be taking students to view a particular piece of artwork and developing a conversation about different approaches to viewing things and the different impacts of aesthetics on viewers. Another involves bringing crafts material to the classroom and asking students to create representations of concepts they are studying, such as ‘fairness.’ Asking students to move about the room, asking them to conduct different motions or focus on different aspects of their bodies, aspects of others, or external items can generate rich discussion of perspectives, mood, interaction, self-other perceptions and more. Given the importance granted to the dance floor in IACM’s organizational culture, I’ll note that more on the role of embodiment and movement for learning about negotiation and conflict can be found in LeBaron, MacLeod & Acland (2013).

Branched Learning: Students are immersed – via a text story, a narrated story, or a video – in the role of a character in a negotiation scenario.  Remember the 1980s Choose Your Own Adventure books? I’ll admit it: I do. Picture a storyline centered on negotiation interactions. Once the narrative plot has been established, you – as the protagonist – reach a point at which you must make a decision. Do you turn to the right or to the left? Take the elevator, or walk down the stairs? Or, in our context, do you accept the offer proposed by your counterpart in the story, or make a counteroffer? Once you have chosen, the storyline continues to develop, responsive to the choice you made. Accepted the offer? Storyline A develops. Made a hardball counteroffer instead? Storyline B plays out. Each storyline continues until yet another decision juncture is reached, at which you face yet another round of challenge, choice and consequence. The range of potential storylines, overall, grows at each branch. At different points, the learner is presented with feedback on their choices. If you’d like to try this out in class, feel free to use this exercise Mat Beecher and I have designed – and teach your students to negotiate and use the Force at the same time.

Simulation Design, and Anything Design: While I promised to focus, in this article, on exercises other than role-playing simulations, there is more than one way to skin a simulation, educationally speaking. Through a series of experiments (Druckman and Ebner 2008, Druckman and Ebner 2011), Dan Druckman and I confirmed our intuitive sense that assigning students the task of designing negotiation simulations on their own (as compared to participating in teacher-provided simulations) not only enhances their understanding of the negotiation concepts being learned – but also, their understanding of the relationships between concepts. The exercise also scores higher on student motivation and interest than traditional role-play.

Beyond authoring simulations, you might assign students any other creative task, such as writing negotiation scripts, or designing teaching exercises or games on their own. More recent research (Druckman and Ebner, forthcoming) indicates that it is the creative element of these assignments that transforms such an experience into one of discovery learning, rather than any simulation-related element.

Adventure learning: This method involves an out-of-class experience in which students engage with negotiation in real-world settings.  As Melissa Manwaring, Bobbi McAdoo and Sandra Cheldelin (2011) have noted, these can range from direct negotiation experiences (e.g., buying an object at a marketplace while engaging in negotiation) to more oblique exercises (e.g., assigning a group a non-negotiation task such as taking photographs of a tourist attraction, and then jointly selecting the best or most representative picture). Each form provides rich material for a negotiation-focused debrief.  Jim Coben, Chris Honeyman, and Sharon Press (2011) have provided further details on these different possibilities. While both of these chapters discuss adventure learning that took place in an exotic city conveniently offering a nigh-infinite range of negotiation experiences (Istanbul); one does not need to range that far from home; rather, consider my suggestions with Lynn Cohn (2011) for conducting adventure learning on and around your university campus. Conducting an adventure learning assignment? Here are some suggestions for assessing it, which I’ve made together with Lynn Cohn and Sharon Press (2012).

Each of these methods can be used mindfully, with an eye towards forming bridges between theory, research, and practice through innovative teaching. (See Ebner and Parlamis, 2017). Moreover, they can be used conjunctly, with an eye towards optimally sequencing students’ learning experiences. Note, how the first four methods could be employed successfully before students engage in simulations at all; indeed, they might lead to enhanced performance when simulations begin. Simulation design is best used after students have some experience in simulation, and can put their understanding of simulation to work. Adventure learning can be used at early or late points in a course, according to teaching needs. On the one hand, more practiced students can use their more polished negotiation skills to their benefit in the real world. On the other hand, using adventure learning at an early point in class can provide some shared base-experience to be overlaid with class discussion as the course develops. The fact that some of this experience will involve ‘mistakes’ is beneficial rather than detrimental, from a learning perspective. The important thing to remember is that there is no either/or choice regarding use of simulation (see Druckman & Ebner, 2013): Simulation’s own benefits will be complemented and enhanced by being embedded in an array of other experiential methods with mindful sequencing.